Sonia has worked so hard for this: a healthy family and a normal life in an average American town. But on a night that should have been like any other, she is forced to make an impossible choice that could shatter her family's dreams forever. Keep your daughter safe -- or keep your family together? What call would you make?

I wrote the screenplay for this film, which is the centerpiece of Breakthrough's #ImHere campaign for immigrant women's rights. Click here to stand up for immigrants and to learn more. 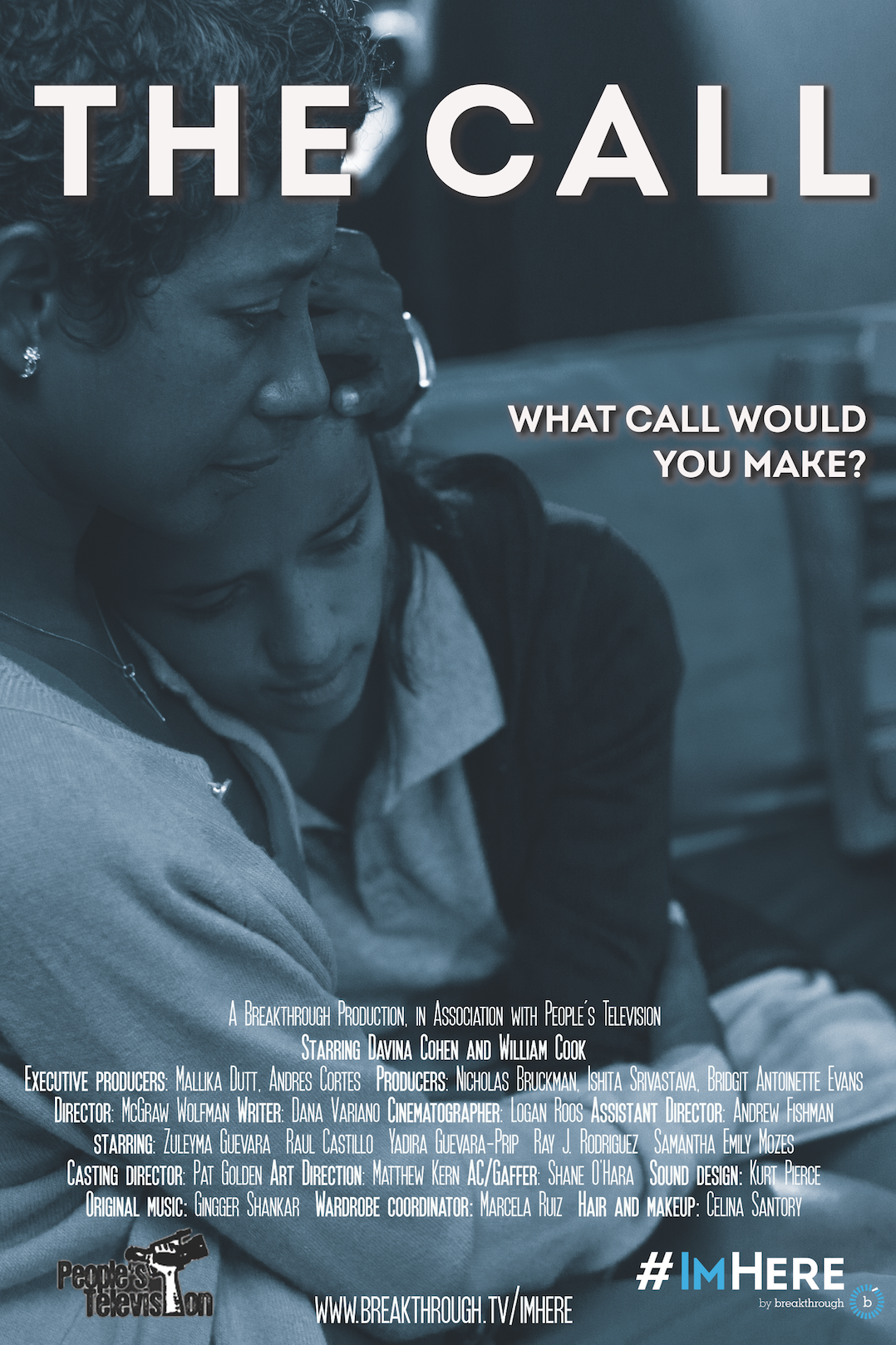